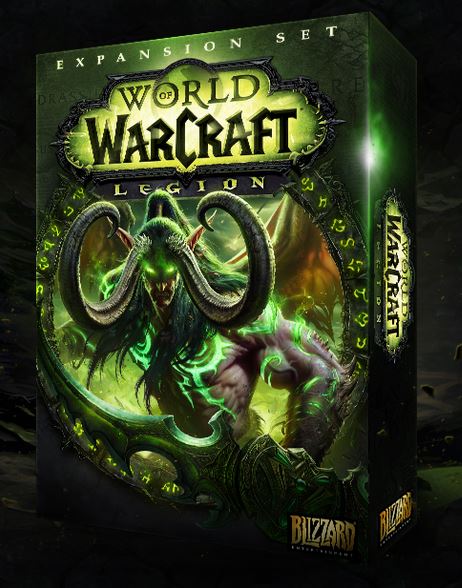 Blizzard Entertainment has released the title of their next Warcraft expansion. World of Warcraft: Legion will build on the long-time conflict with Burning Legion, which has been revived with the current expansion, Warlords of Draenor.

Announced just days after the reveal that subscriptions are at their lowest point since December of 2005 with 5.6 million active subscribers (this includes players who buy their game time with in-game currency), this is a much-needed publicity boost to the famous franchise now approaching its 11th year.  The absence of Warcraft front man Chris Metzen from the presentation has been noted and speculated on at length already.

Blizzard seems to have responded to many customer complaints regarding Warlords of Draenor and the past few expansions. Orcs were almost entirely absent from the announcement, the PvP system seems to be getting a massive and much-needed overhaul, dungeons are promised to be making a comeback, weapons will get talent trees and customization options, and transmog will no longer take up bag space.

Demon Hunters are the talk of the Warcraft community right now. This hero class, only the second ever added to the game, will be elf-exclusive and have abilities that are already causing a buzz. The ability to double jump, glide, and see stealthed enemies (as well as those behind objects) is major. It remains to be seen what effect this class will have on PvP. They will also be unique among Warcraft classes in that they are being introduced with only two specs: one for tanking and one for DPS.

The much-lambasted Garrisons have been replaced with Class Halls, returning to a much-requested emphasis on player class flavor. It’s a bit disappointing that true player housing seems further from becoming a reality, but the Class Halls are hopefully a vast improvement over garrisons.

One of the most controversial reveals is artifact weapons. The wording is a little

hazy and I don’t believe anything has been confirmed, but people are speculating that the new artifact weapon–one per spec–are the only weapons that will drop in end-game content. Instead of upgrading to different weapons, the emphasis seems to be upgrading one weapon multiple times, personalizing it, and choosing talents for it.

While there have been complaints that this is “lazy” on Blizz’s part instead of offering more weapons, I’m very excited for it. I’ve always felt that replacing a weapon multiple times in one expansion cheapens them and really breaks immersion. A quest chain to retrieve your weapon, upgrading it, making choices about how you use it, etc are much better options for an RPG.

Finally, there is a lot going on in the lore department. Illidan, Maeiv and Gul’dan are back, and Dalaran is going to be the new hub for both factions, suggesting that the Blood Elf purge is being reversed before it was ever reflected in game. Jaina is mysteriously absent and seems to have been replaced by Khadgar. There is much speculation about the potential for character death, including Sylvanas, Varian, Thrall, among others, with varying levels of likelihood.

All in all I’m very excited about the new expansion. World of Warcraft: Legion will go into beta testing this year, with the actual launch happening some time in mid 2016. More news is sure to come from this year’s BlizzCon in early November which I’m happy to be attending this year. Stay tuned for updates.

2 Comments on “World of Warcraft: Legion”