Previously I reviewed my first FanMail subscription box, with fairly mixed results. I decided to give it a second try.

In all honesty I was even less impressed with the December box. Full disclosure: I was ambivalent about the concept of subscription boxes in general, so obviously that is coloring my impression to a large extent.

In lieu of actual jewelry there were a few cheap pins:

Instead of a cute handmade soap like in the previous box, there was a single lip balm so generic it could easily be mistaken for something you’d get for $0.50 from a grocery store check stand: 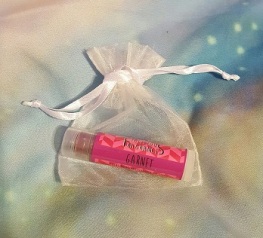 The clothing is a Baymax version of a “Free Hugs” shirt. This is something I would never even consider wearing outside. If you like being touched by strangers, I guess this would be a great way to encourage it:

The Lumberjanes comic was welcome, as I’ve been meaning to read it for a while now: 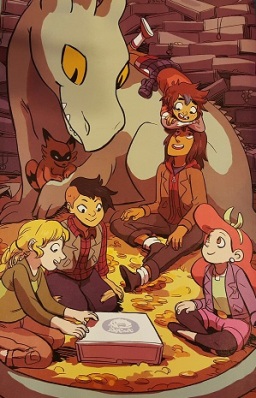 Overall I just don’t feel like the box is worth it. In a day and age when there’s so much stuff available to suit any geeky taste, I don’t see the appeal in paying to get a box of stuff where less than half the contents appeals to me.