My Top 10 Favorite Places In World of Warcraft

In preparation for the upcoming release of Warcraft on June 10th, I though I’d take a moment to share my favorite locations in the World of Warcraft. Feel free to chime in with your own favorite places in the comment section!

Located deep in the Eastern Plaguelands, the Plaguewood is one of the spookier places in the game. Massive, sickly, pock-marked mushrooms tower over dead ground patrolled by various Scourge monstrosities. The rain that beats down seems like it would add to the oppressive atmosphere rather than bring life to the bleak landscape. 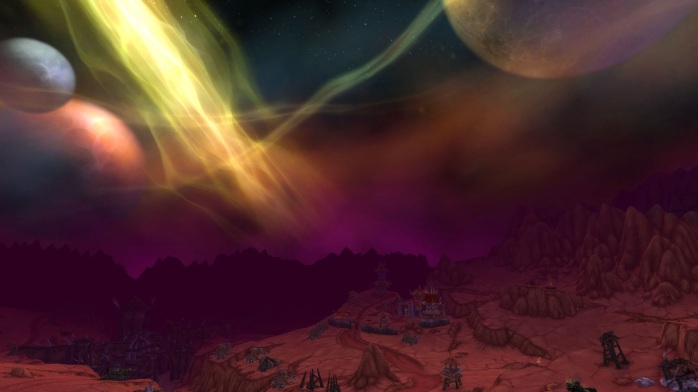 Granted, the actual terrain of Hellfire Peninsula is about as ugly as it gets. But the sky is second to none. Three moons hang in the perpetual black of space with streamers of light. The shattered remnants of the land that broke apart still hover bizarrely in air, and the edges of the zone plummet off into the nothingness of space in a vertigo-inducing tableau that makes for one of World of Warcraft’s most haunting landscapes. 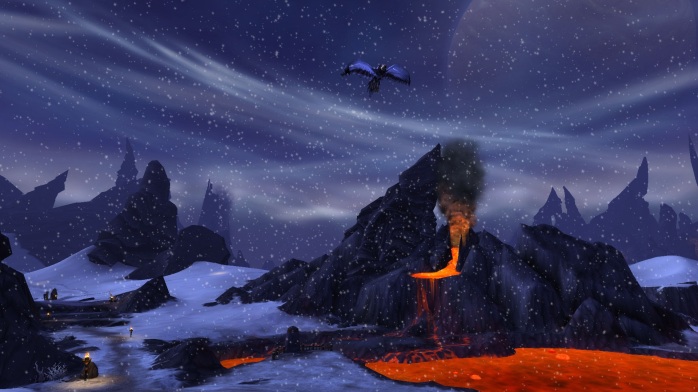 While I enjoy all of the various snow zones in WoW, Frostfire Ridge stands apart for the winning combination of lava pools and billowy snow drifts. It’s one of those zones where I always readily imagine exactly what it would be like in real life. Walking along, bundled tightly against the uncompromising cold, and coming upon the heat of of those pools like an oasis in a desert.

Set against the backdrop of endless dunes and wind-driven sands, Ramakhen is a haven to travelers attempting to traverse the Sahara-inspired zone of Uldum. Towering statues rise up from a lush tropical paradise. Broad sandstone buildings sit around courtyards where the locals host open-air markets, offering up their wares in colorful stalls. Did I mention that those locals are cat-like centaur people? 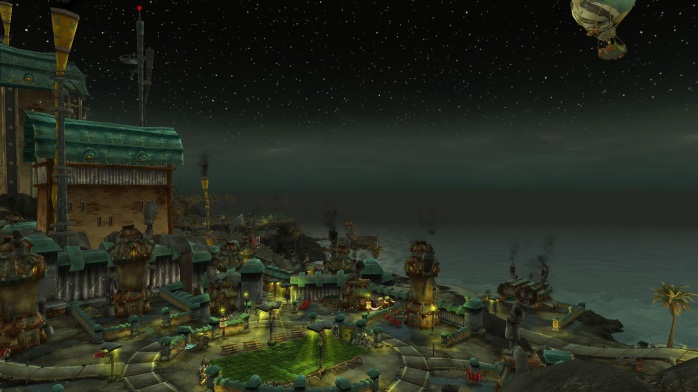 Kezan is the starting zone for the Goblin race. Sadly, it can’t be re-visited after the player finishes up all the Kezan quests. It’s fun and obscenely tacky and I just can’t get enough. It’s a big departure from the more serious and traditional fantasy-inspired starting zones, making it a quirky little palate-cleanser. Wooden pink flamingos and lawns of Astroturf abound. Multicolored string lights are draped around metal buildings, and empty cola cans are sprinkled liberally throughout. Flamboyant animal print decor abounds, and the Goblins love their poolside parties, complete with inflatable pool toys. 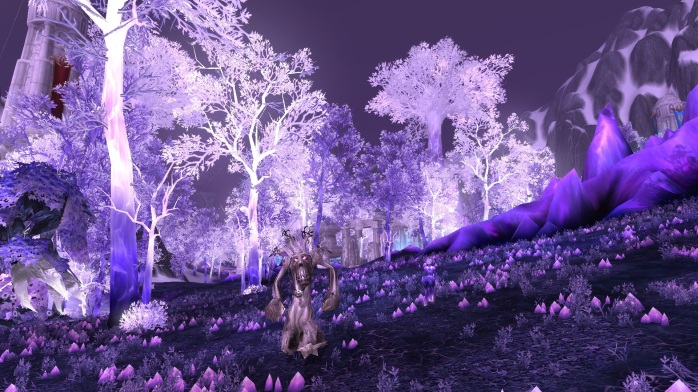 The ethereal beauty in the Thicket is unparalleled in the World of Warcraft. There isn’t really much questing here, and it’s fairly small compared to most of the places in this list, but it’s an arresting sight to behold and a perfect spot to relax in.

The continent of Pandaria represented a huge step forward in terms of the quality of artwork; almost every place in Panda-land is beautiful. But the Arboretum stands out even compared to the rest of the continent. Full of cherry trees in blossom, a meandering river speckled with floating candles, and a spectacular view of both plummeting seaside cliffs and the majestic Temple of the Jade Serpent. Pandaren craftsmen go about their business in rustic buildings and bamboo huts while adorable giant caterpillars (technically silkworms) wander amongst the lush grass.

The capital of the Alliance is by far the most detailed and richly appointed city in the entire game. Ornate windows nestled into ivy-covered stone walls look down on manicured lawns and cobbled streets. Each district has its own distinct flavor. The city sits atop a cliff looking out over the harbor where massive ships make regular arrivals and departures to the far corners of Azeroth. 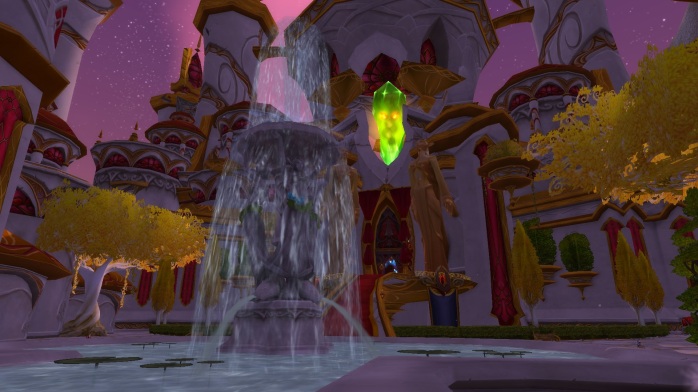 My main–the first character I ever rolled in World of Warcraft–is a Blood Elf, so this was kind of a given. I was mesmerized from the first moment I stepped through the main gate of this decadent paradise. White marble streets and buildings are given splashes of color with the Blood Elves’ signature crimson and gold banners. Sheer silk curtains are draped across the entrances of many buildings filled with plump lounging cushions. It’s a city build for the comforts of a race of arrogant hedonists and I love every inch of it. 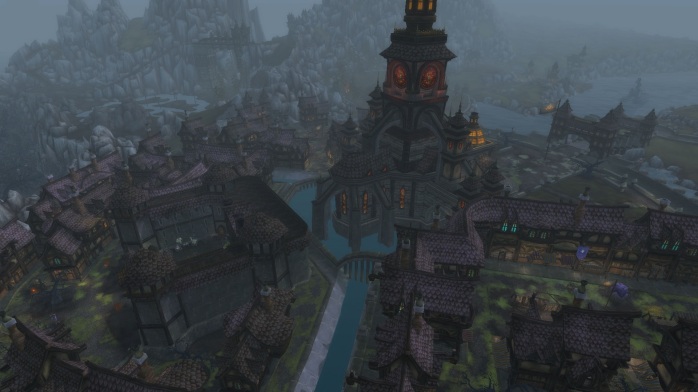 The home of the Worgen, Victorian-inspired isolationists who were afflicted with a curse that turns them into savage werewolf-like beasts, stands empty at the end of the questing experience. The architecture is both spooky and quaint. The buildings usually have a cheerful fire roaring in the fireplaces, candles, books, and various odds and ends that make them hauntingly homey. A secret passage runs from the city to one of several small collections of cozy homes sprinkled around the nearby harbor, and the majestic Greymane Manor looks down from a high cliff.